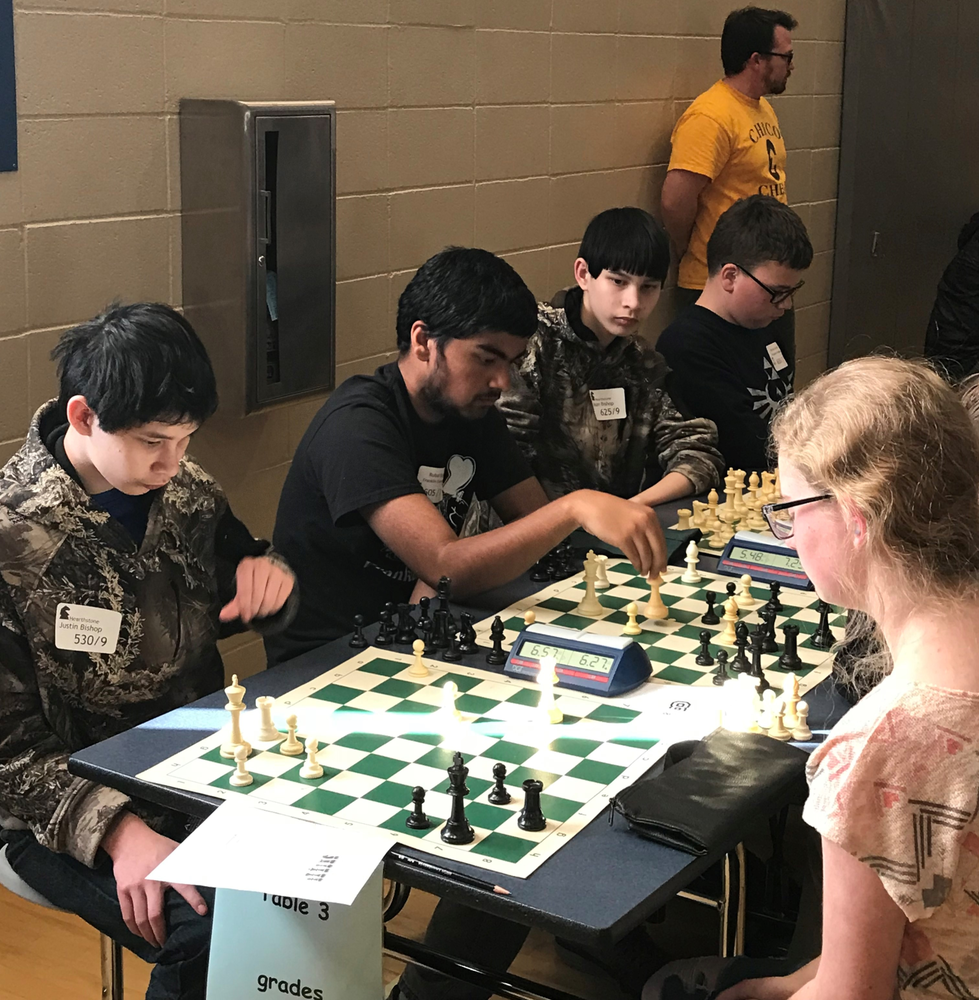 Out of the eight Middle School/High School teams at the tournament held in Corning on February 14, Hearthstone placed second.

Palermo came in first with 12 points, Hearthstone earned 11 points, and Chico had 8 points. Hearthstone's Jason won all 3 games, and Marek, Justin, and Takiyah won 2 out of 3 games.

The next league tournament is March 14th in Chico, followed by the state tournament in Santa Clara April 7th and 8th, and then the final Bughouse tournament in Biggs at the end of April.  Go Hearthstone!

Are you interested in joining? The Chess Club meets Wednesdays from 3:20-4:30 p.m. at Hearthstone.